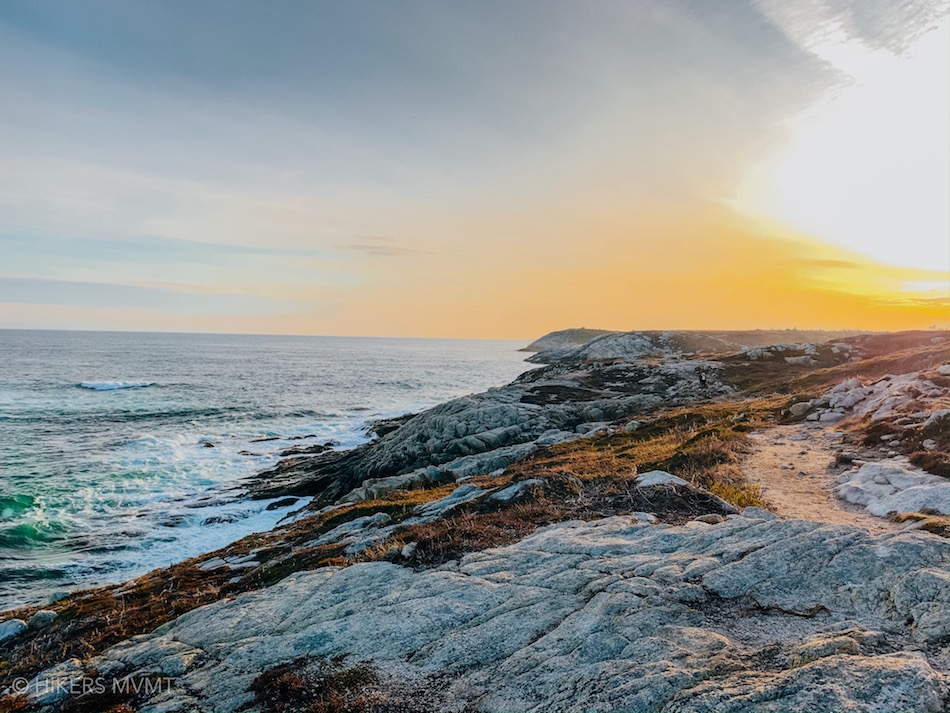 As with many of the east coast hiking trails in Nova Scotia featured on this blog, the Duncan’s Cove Hiking Trail offers incredible ocean views along with the typical Coastal Barren mixture of rocky and bushy terrains.

Although Duncan’s Cove Hiking Trail is completely backcountry and relatively unmarked, the trails themselves are fairly well-trodden and easy to follow.

Before You Start Hiking Duncan’s Cove

In this section, we’ll go over a few things we think you should know before heading out to hike the Duncan’s Cove Hiking Trail.

The first is that this trail is located on land protected under Nova Scotia’s Special Places Protection Act.

This act has been put into place where the habitats and species are vulnerable to disturbance and damage. The act prohibits fires, camping, hunting, and trapping along with motorized and non-motorized vehicles.

Hikers are welcomed but asked to stay on the main trails and to leave no trace. It is also asked that dogs remain on a leash.

This means that the trails are not managed, and there are no facilities or signage. Therefore, the trail is “open” year-round, though the best months are from May to September (we’ve been once in May and another time in October).

There is also some confusion about the trailhead of the Duncan’s Cove hiking trail.

Most people drive to the end of Duncan’s Cove Road and park just before Gannet Lane, taking the groomed Gannet Lane path to an eventual coastal trail. Do not take this trail. This is private property and not the actual public trailhead.

The correct trailhead is located on Chebucto Head Road near the turnoff from Ketch Harbour Road. This trailhead gets right into the backcountry trail and leads hikers toward the shoreline.

To complete the full in-and-out trail, it is advised to give yourself 3-4 hours.

As always, bring water with you to stay hydrated. It’s also a good idea to bring a snack if you need the extra boost in energy at any point during the hike.

The Duncan’s Cove trail is a mixture of marshland and granite coastal rock. Marshland near the ocean in Nova Scotia tends to get quite wet and muddy, so waterproof hiking shoes/boots are recommended.

Lastly, it is important to keep an eye out for ticks whenever you are out hiking and bring a tick removal tool kit (link to check the price on Amazon).

With all that out of the way, let’s get hiking!

Julia and I decided to check out the Duncan’s Cove Hiking trail together on a relatively warm October evening.

As stated above, we made the common mistake of starting the trail on Gannett Lane. This is not the real trailhead, though there was signage that signalled up toward the actual trail.

After a short hike on groomed terrain, we met the actual trail and came across the only official government signage we saw over the entire hike:

This information is shared in the previous section of this article. For more information, check out novascotia.ca/nse/protectedareas.

Once on the trail, having already warmed up on the groomed section, we were ready to explore the coastal terrain.

The trail was unmarked, but since this particular location has become a popular hiking spot, the path was clearly trafficked enough to follow easily.

Before long, we were able to see the Atlantic ocean in plain view. It’s always a pleasure to watch the ocean waves coming in from afar. On this particular evening, the waves were not overly tall, though, in windier conditions, the waves can become huge.

There were many people out on this day to take pictures of the ocean waves (we included):

The picture above shows the granite rocks typical of Nova Scotian coastal hikes and the wide horizon and beautiful waves. This rocky terrain continues along the entire trail on the ocean side. However, most of the trail is on the marshland and ground that begins further up from the ocean.

We see a mixture of the two terrains that pretty well sums up the entire trail in the picture below:

There were some muddy parts of the trail to be avoided by hiking on the rocks, but the trail was dry and easy to hike for the most part.

Most of the hiking “trail” was wide (like the picture above), but there were some instances where a single file was needed to traverse certain areas. However, these narrower parts were few and far between, and the two of us spent much of the trail side-by-side.

The picture below shows one such single-file path (in the lower center of the frame). Note that the concrete wall on the right is not a bridge but rather a dam of sorts.

Although we had a relatively easy time on this trail, there were a few instances where erosion had been happening and will continue to happen. Because of this, we would always advise being cautious when hiking near cliffs or on steeper slopes!

Unfortunately for us, the sun was beginning to set before we could get to the end of the trail for pictures. The end of this trail features an abandoned WWII observation station that would have been nice to check out before returning.

The return hike was much swifter than the inbound hike (probably because we stopped taking pictures). This quick pace was easy to keep up for the vast majority of the trail. We slowed down only for the larger drops in levels that were few and far between on this hike.

All in all, we would rate this hike as moderate but not overly accessible to those with disabilities.

While Duncan’s Cove is not an overly long or strenuous hike, we still recommend bringing some supplies with you.

Click the highlighted items to view the prices of our recommended gear. 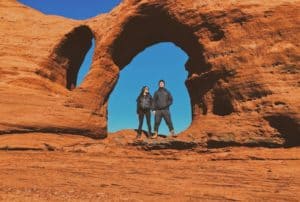 We are Arthur and Julia, the creators of Hikers’ Movement. We love all things hiking! From challenging terrains to light walks, connecting with nature, and making new experiences while outdoors! Read More..

Hikers Movement is a participant in the Amazon Services LLC Associates Program, a member of Impact Radius and . We may be compensated for referring traffic and business to these companies.

We disclose, as affiliate publishers, that we may earn advertising fees by advertising through these networks at no additional cost to you.